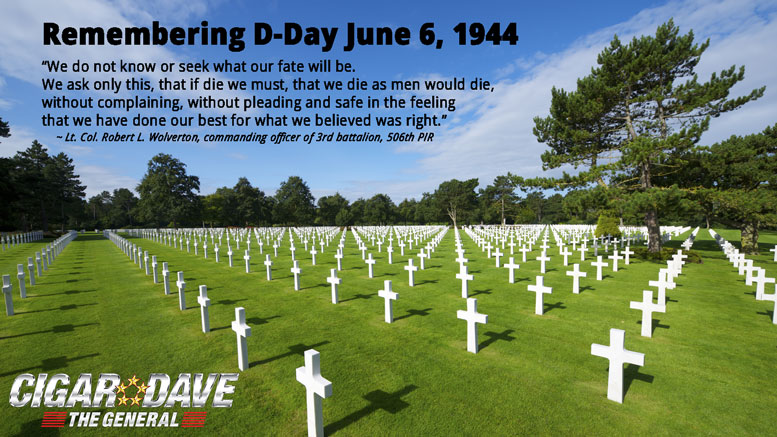 On June 6, 1944 General Dwight D. Eisenhower ordered troops to storm the beaches of France to begin the liberation of Europe from Germany.  Now 72 years later we honor those brave soldiers who scaled the cliffs in the fight for freedom.

Listen back to our past tributes on the 65th and 70th Anniversary:

My interview in 2009 with Army Paratrooper Thomas Blakey:

General Dwight D. Eisenhower’s Address to the Troops before D-Day:

President Ronald Reagan’s Speech at Normandy in 1984 on the 40th Anniversary: