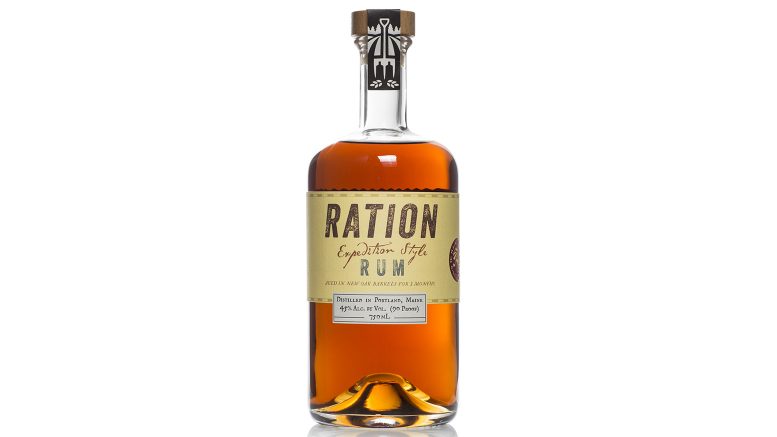 As recently as the 1970s, the British Navy provided daily rum rations to its crews. Maine Craft Distilling Ration Expedition Style Rum is a hearty libation inspired by these British Naval rations. It is distilled from molasses and aged for three months in heavily charred new oak barrels, giving it an earthy color and flavor with notes of vanilla and oak. Mixing well with ginger beer in a mule or dark and stormy, Ration can also be enjoyed on the rocks with a squeeze of lime.