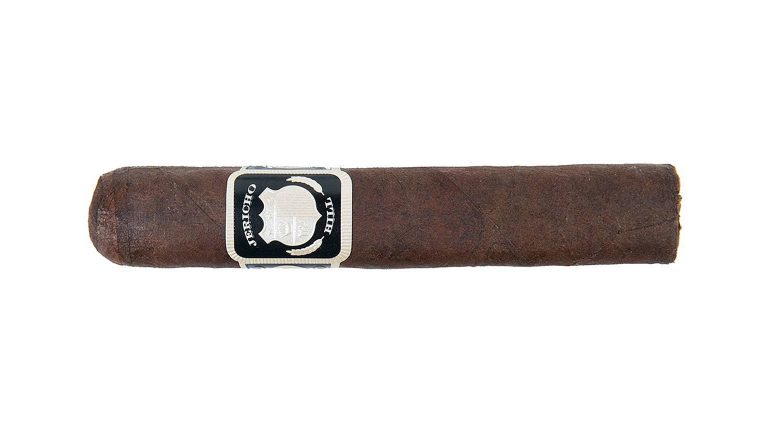 Today’s Cigar Dave’s daily International Lightation Ceremony features Jericho Hill from Crowned Heads Cigars. This smoke is a full-throttle experience that was inspired by Johnny Cash’s rendition of ‘Cocaine Blues’ and a sheriff from Jericho Hill.

John R. “Johnny” Cash is widely considered to be one of the most influential American musicians of the 20th century. His legacy continues to inspire many, including Crowned Heads. Jericho Hill was inspired by Cash’s rendition of “Cocaine Blues,” found on Cash’s 1968 live album, “At Folsom Prison.” The song is a tale of a man, Willy Lee, who goes down a dark path brought on by the influence of whiskey and cocaine. Willy is captured in Juarez, Mexico, and is brought to justice by the sheriff from Jericho Hill.

Cash was the fourth of seven children, and Jericho Hill marks the fourth regular production release from Crowned Heads.  The four vitola names were all inspired by lyrics and music found on “At Folsom Prison,” and when recited from smallest to largest (.44S, LBV, OBS, and Willy Lee), take on a lyrical element of their own.

The smoke is a full-throttle experience that assaults your palate at break-neck speed, races around your mouth for a hundred miles, and leaves your taste buds in a cloud of power, intensity, and excitement.