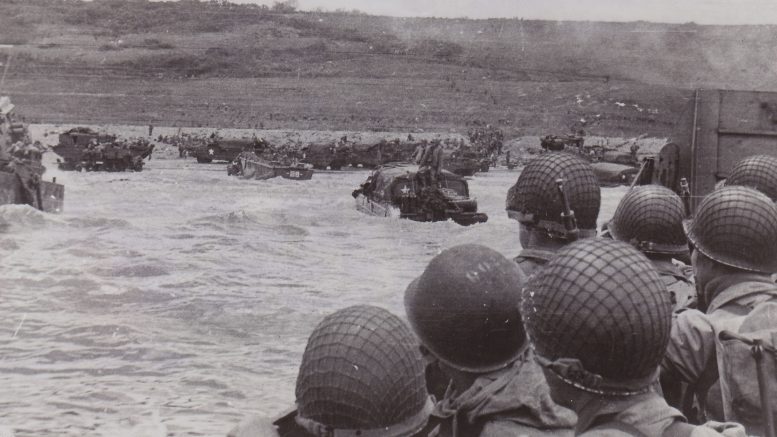 American GIs heading toward the shoreline of Omaha Beach around June 7, 1944. Courtesy of The National WWII Museum.

On the 75th Anniversary of the Allied invasion of Europe, we honor those brave men and women who fought to win Europe back. Many have remained forever young on the battlefield but we will never forget the sacrifices they made for freedom.

Listen to our Past D-Day Anniversary Shows:

Here is some historical audio/video to help honor those who fought.