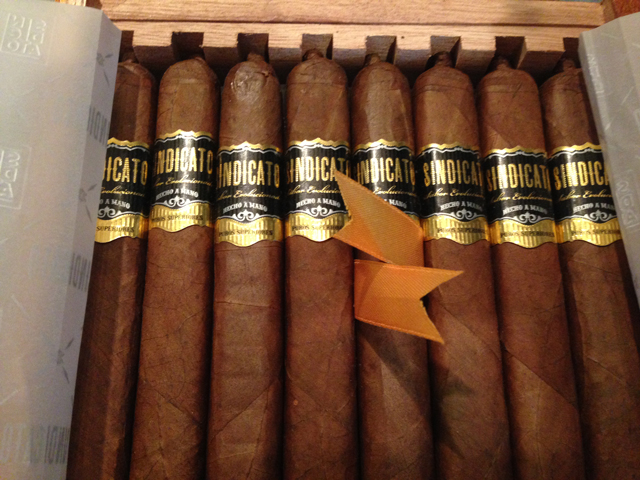 Sindicato Cigars is pleased to announce its much anticipated and new flagship cigar, the Sindicato.

Sindicato is a square-pressed Nicaraguan Puro crafted with a limited, shade-grown Corojo wrapper from Eduardo Fernandez in Jalapa, Nicaragua. This beautiful wrapper is grown under shade to insure the leaf’s consistent appearance. Master blender Arsenio Ramos has combined this unique wrapper with a rich, bold Estelí double leaf binder, which encompasses a blend of strong, flavorful Jalapa and Estelí leaves and delivers a medium-full strength cigar with exquisite taste.

Jim Colucci, President and CEO of Sindicato, says,“We’re extremely excited about this beautiful cigar. We’re using special tobaccos from Eduardo Fernandez’s farms and Arsenio Ramos has crafted a fantastic blend. We truly believe that we are bringing the best together to create something great.”

Sindicato is being released in six vitolas ranging in price between $10-$14.

Be the first to comment on "Sindicato by Sindicato Cigars"